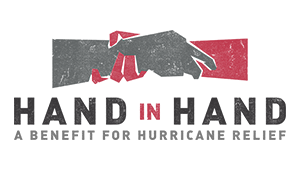 Local organizations are the best suited to provide immediate emergency help because they know the community best and how to reach the most affected people. The Hand in Hand Hurricane Relief Fund wished to provide immediate help after Hurricanes Harvey, Irma, and Maria which led to strong partnerships with local foundations like the Greater Houston Community Foundation, Volunteer Florida, and FORWARD Puerto Rico. Hand in Hand also partnered with organizations like Best Friends Animal Society, American Society for the Prevention of Cruelty to Animals, and Rebuild Texas that met unique community needs like small business recovery and workforce training.

In order to help those most out of reach, Hand in Hand worked with local community foundations like the FORWARD Puerto Rico Fund to make small grants to local, dynamic organizations like Casa Pueblo and Connect Relief.

Casa Pueblo is combating the power loss in the mountain region a year later through their innovative solar panels and refrigerators. As part of their response to the humanitarian crisis that followed the storm, Casa Pueblo helped to restore some normality and productivity to their community by distributing solar-powered lamps to 80% of homes in Adjuntas, as well as in Jayuya, Utuado, Yauco, Castañer, Lares, Loíza, Vieques, Aibonito, Humacao, and other municipalities.

During the crisis that followed hurricanes Irma and Maria, one of the biggest challenges was effective communication, particularly between people with the resources and ability to help and communities in urgent need of supplies and assistance. Responding to this situation, the non-profit organization Caras con Causa, led by executive director Michael Fernández, recruited programmers from the technology company Propel BI to create ConnectRelief, a digital platform for collecting data after natural disasters.

For over 30 years, Best Friends Animal Society has been running the nation’s largest no-kill sanctuary for companion animals and building effective programs that reduce the number of animals entering shelters.

As Hurricane Harvey destroyed homes, separated people from their pets and spiraled into the largest natural disaster since Hurricane Katrina, Best Friends mobilized to join the relief efforts. The Best Friends disaster response team deployed to Texas and Florida to assess needs on the ground, rescue stranded animals, deliver supplies to hard-hit shelters, transport displaced pets to safety and support emergency sheltering efforts. Thanks to support from Hand in Hand, Best Friends was able to rescue and reunite pets like Boy with their families.

Born out a response by the OneStar Foundation and the Michael & Susan Dell Foundation to support the economic recovery of Texas communities devastated by Hurricane Harvey, The Rebuild Texas Fund is accelerating local rebuilding and revitalization efforts and supporting thousands of Texas families and communities.

Some of these community members include Melvin White, the founder of Digital Workforce Academy, who says that “working with the Rebuild Texas Fund allows us to train students, so they can rebuild in their own communities. These skills give our students a path to gainful employment, self-sufficiency, and improved quality of life for themselves, their families, and the community.”

With support Hand from in Hand, the Rebuild Texas Fund has reached nearly half a million people with either education and childcare, health, housing, small business, workforce and transportation, or community and economic development services.

Go back to Hand in Hand